This post is going to be a bit more "Quick & Dirty" than normal, as I'm late getting ready for class. 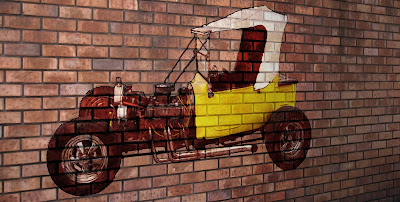 I followed the tutorial to the letter, but I'm not quite sure that I'm happy with it.
Posted by Unknown at 7:54 AM No comments:

This week's blog post covers the creation of text art, and I think I have something that's both interesting and different to share with you. I'm a big fan of DC Comics, and Superman in particular, and in my opinion, the movie "Man of Steel" was without a doubt the best in the franchise. So when this assignment came around, I knew what I wanted to use as the subject. Enjoy: 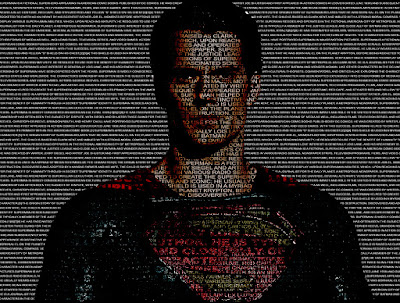 Posted by Unknown at 4:56 AM No comments:

I think I may have gone a bit overboard with this one. We were to create a simple animation, using basic shapes, or images from the web, move the shape/image around the screen for 2 to 3 seconds, and that was it. Did I do that? Of COURSE not. :D Here's my submission:

See? Overboard. Oh well.
Posted by Unknown at 3:34 AM No comments:

Ok, maybe the title's a little strong, but...

This week, using various techniques outlined in a PDF tutorial we were given (I can't link to it here, as it's not mine to do so with), we're to take this image: 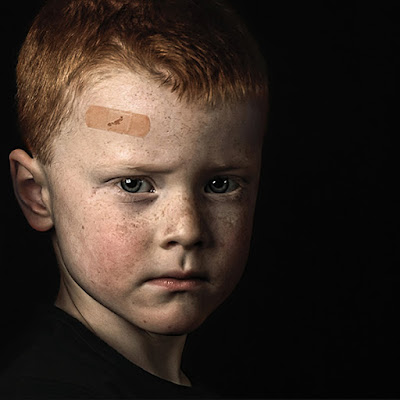 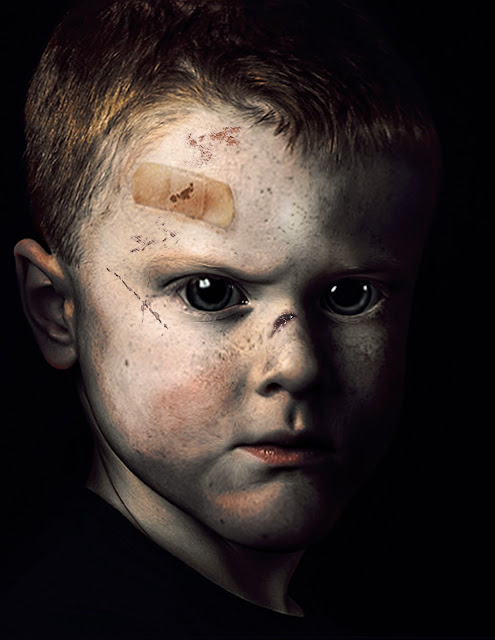 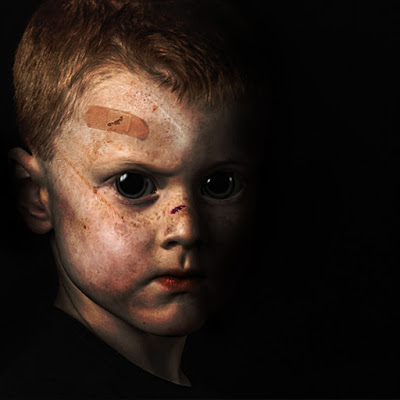 I tried to "dirty" him up a bit more, and also tried to make the highlighting and specularity just a little more realistic, and gave him an extra scar or two, but other than that, I tried to faithfully adhere to the tutorial's guidelines. As always, comments and suggestions are both welcome and encouraged.
Posted by Unknown at 7:50 AM 1 comment:

While not a blog post requirement, I decided to share the results from Project 3. We were to hand color a black and white ink comic, using multiple values for our selected hues. I chose the Green Lantern, and I think it turned out rather well. Since this isn't graded, I'm departing from strict adherence to the "rules", and presenting it with a black background. 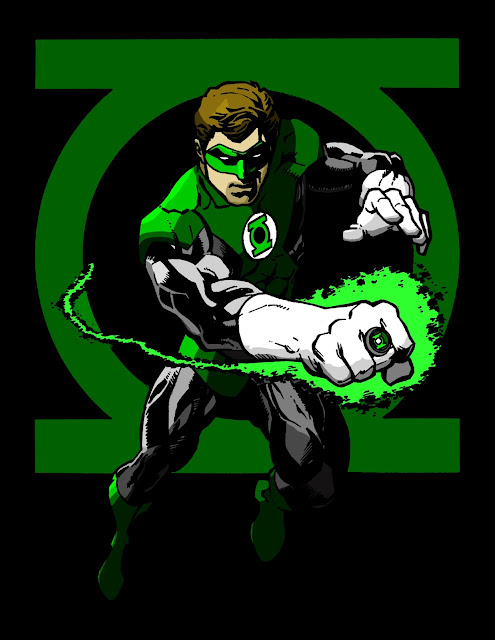 As always, feedback is both welcome and encouraged.

This week we were to create an image that simulated the appearance of a water color painting, following a tutorial provided for us. I have two submissions this week; one that followed the tutorial exactly (minus the images and textures, since the ones provided by the tutorial lead to pages that contained malware, according to Norton), and one that used SOME of the same techniques, but with a few twists. Personally, I prefer the second one, but I'll let you be the judge: 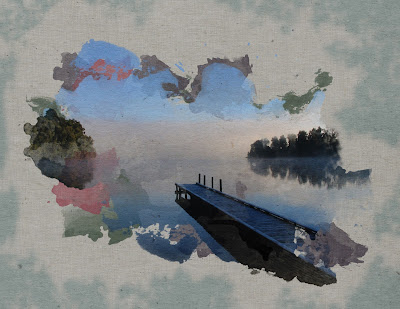 This is the original image, created from the tutorial and using the exact, step-by-step methods described. 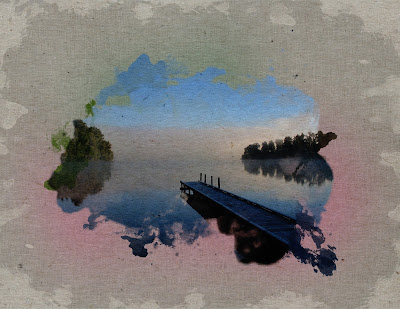 This one was composed the same way, but using different methods to render the same effect. It was far easier to do, and to my mind, looks better. But as I said, I'll let you be the judge. Feedback is most welcome, good or ill.
Posted by Unknown at 9:33 PM 1 comment: