Ok, this has nothing to do with my Photoshop class (GRC 183), but it DOES relate to Photoshop itself, since I "dressed up" some of the photos I'm about to share. when I came into this semester, I did so with the firm belief that I couldn't draw to save my life, and at the time there was ample evidence to support this belief. However, over the course of my time in ART 101, this has changed a little. I'm not going to claim that I'm some sort of virtuoso with pencil and paper, because I'm most certainly not, but I picked up a few things, and feel that I have some technique... though not much skill. Here are three works that I've done in the class that I'm not embarrassed to share. :) 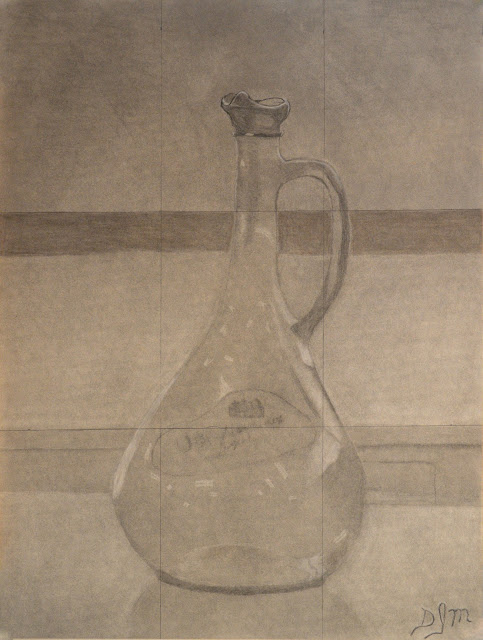 This first drawing came about when the instructor was telling us to explore "value" (how light or dark a color is). While I was trying to think of a subject to draw, I saw this wine bottle, and it looked interesting, so I chose to draw it. It proved to be an extremely enjoyable (though somewhat frustrating, at the time) challenge, and I think it turned out VERY well, all things considered. Just kindly ignore the lines. I made the mistake in putting them in in ink, so couldn't erase them as I went along. Oops? 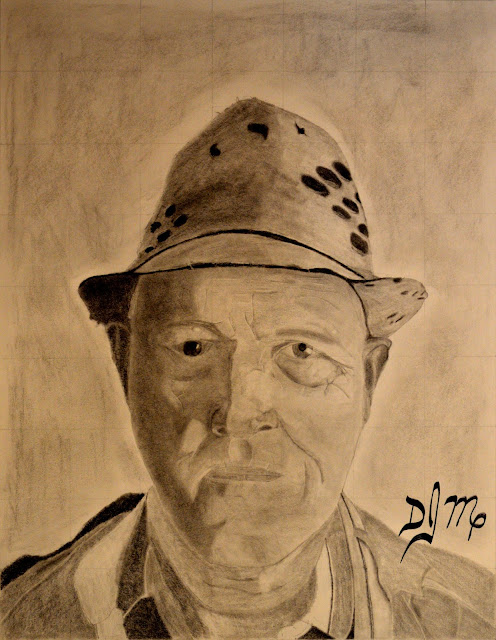 This next one is obviously a self portrait, and while it's not great, it at least LOOKS like me. Overall, I'm at least "content" with this one, though I know that there is a lot of room for improvement. I think I NAILED the hat though. :D


The final piece that I'm sharing needs a bit of explanation, I think. My instructor classifies it as a "drawing", though I would have to disagree. there are drawn elements to it, but overall, it's more diorama than drawing. Anyway, have a look and decide for yourself: 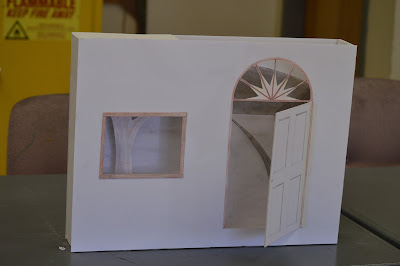 Basically, this is... it's... Well, I don't know WHAT it is, but it turned out the way it was supposed to, so here you go. While I'm at it, here are two more photos of it, taken from different angles: 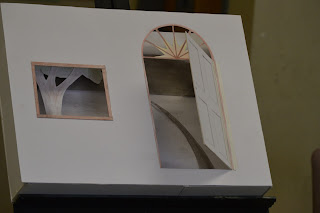 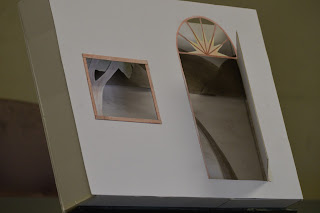 You know, I'm going to miss art class. I'll have another class next semester, so I'll be blogging about it when the new semester starts, but probably in a different blog. I'm really enjoying blogging about my progress in school, so I think I'll make more of a habit of it in the future. this is probably my last post in this blog for a while, but be on the lookout for other blogs and posts. I'm sure I'll have more to say, later.

Till then, have fun!